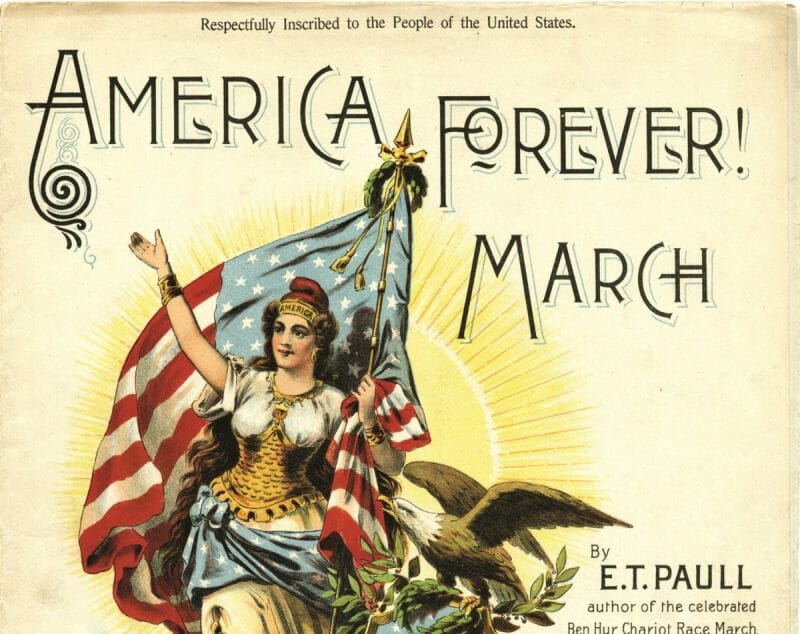 From last year’s attack on the U.S. Capitol to the ongoing invasion of Ukraine, it’s a tough time for democracy.

Then again, it always has been. The United States, the world’s leading light of democracy, has often failed to live up to its own ideals and has faced major threats from within and from other nations alike. The founders fretted constantly about the survival of a democracy that, come 2026, will celebrate its 250th year since the Declaration of Independence.

The Buckhead-based Atlanta History Center is co-founder of a national effort to not only celebrate that big birthday, but also to engage communities in the meaning and practice of democracy. A kickoff exhibit that you can catch through March 23 is just the start of multi-year local programs that also marks another 2026 anniversary: the center’s own centennial.

“The idea is, we’ve never been perfect, it’s always been hard, and people have always had to work at it,” says Sheffield Hale, the center’s president and CEO, reflecting on American democracy. “And you can be either a part of the solution or let somebody do it for you or do it to you.”

Since November, the center has hosted “American Democracy: A Great Leap of Faith,” a touring exhibit from the Smithsonian Institution that is customized with local artifacts. The center has paired that with community discussions and other events related to voting, civil rights and “community leadership” that Hale says is one outgrowth of America’s democratic culture.

But that was just the beginning of a five-year program leading up to the 250th, some in the works and some yet to be determined. Locally, the center already has scheduled a “Civic Season” program this spring and summer, focused on Juneteenth, the celebration of the emancipation of enslaved African American people in the U.S., and the country’s birthday on the Fourth of July.

“‘Civic Season’ is between those two anchors, and how they related to each other and don’t relate, and [how] people have different relationships and points of view about both of those holidays,” said Hale.

The center is playing a key role in a much larger effort of more than 100 affiliated history museums and organizations around the country, under the banner of a nonprofit called Made By Us. The group exists solely to crafts programs related to the country’s 250th birthday, or “semiquincentennial.” The center is on the steering committee, along with the National Archives Foundation and museums in Detroit, Pittsburgh, Miami, Missouri, New York, Oklahoma and Virginia.

Made By Us is still working on programming ideas, but Hale expects them to be deeper and more nuanced than the nation’s bicentennial celebration of 1976.

That includes acknowledging a democracy that often failed to include everyone, up to and including the atrocities of slavery. The approach may also mean adding notes of fragility, Hale says, to marking “250 years of a democracy that a lot of people — at the time and since — thought wouldn’t survive.”

For Made by Us, Hale says, “The target audience is 18 to 30 for this group, and it’s about civic engagement and what you can do — what is your vision for America?”

At the local level, the center is already focusing its programming on “building community” — meaning gathering people to discuss a book or civic topic, like voting rights and citizenship, to bridge differences and learn about ways to join community groups. Part of the lesson about democracy, Hale says, is “that you can participate in all kinds of ways, and it’s not just voting.” And maybe most important to “frankly, not take it for granted.”

“We like to say we’re talking more about methodology than ideology,” Hale said. “This is not a right-versus-left or blue-versus-red issue. It’s an American issue.”

As a museum, the center’s role is to “bring the facts to the table,” says Hale. But of course, history is rarely that simple or apolitical. “There’s never been an agreement on what our history was and is and what it means,” Hale acknowledges.

But the center also offers the “lens of history” — an opportunity to look back at successes, failures and mixtures of both long past without “being inflamed by the current moment,” as Hale puts it. “That’s one way you can approach history and sort of get past the partisan entrenchments people have.”

The real challenge for exhibit-creators is the substance. “How do you explain to people the genius of this democracy and the fact that it can be improved and has been, structurally and otherwise?” asks Hale.

And in particular, how to do that in a time when people may feel despondent or cynical in a time when fundamental institutions are being questions, from the Capitol attack to talk of packing the U.S. Supreme Court. History, as always, offers the opportunity for perspective.

For more about the “American Democracy” exhibit and other current and future programming, see the center’s website at atlantahistorycenter.com.