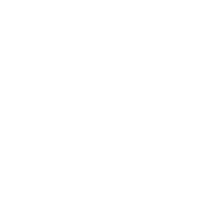 The head of the Buckhead cityhood movement is being attacked as a “shady” and “fast-talking New Yorker” out to “destroy Atlanta” in an anonymous mailer that cites fundraising scandals of his past to throw doubt on the current effort’s claims.

The Buckhead City Committee is calling the attack on its chairman and CEO Bill White “lies” from a “cowardly author” and says none of the mailer is true. However, the fundraising scandals did exist, though the mailer reports them briefly and selectively.

Two major cityhood opposition groups — the Committee for a United Atlanta and Neighbors for a United Atlanta — say they did not send the mailers. Also denying involvement are the Buckhead Coalition and Buckhead Community Improvement District, two major community organizations that are cityhood opponents and are both headed by Jim Durrett. After asking to see a copy of the mailer, Durrett commented, “Wow. That is brutal.”

One resident who posted photos of the mailer on Twitter said it was delivered in the mail on Jan. 13.

“Can we really trust Bill White? Say no to Buckhead City,” reads the headline on the mailer. It brands as “false” the BCC’s disputed claims that a Buckhead City would be less expensive to run, not financially harm Atlanta, and leave Atlanta Public Schools intact, among others.

As support, the mailer cites White’s involvement in a New York pension fund scandal and questionable fundraising for New York City’s Veterans Day parade. It includes a quote from a 2010 press release from then New York Attorney General (and now recently disgraced former New York Governor) Andrew Cuomo about “fund-raisers like Bill White, who used his access to fill his pockets.”

“As usual, shady Bill White is looking out for his best interests — not yours,” the mailer claims, calling him someone who “will say or do anything for power, access, and money.”

Asked for comment, the BCC pointed to two responses it posted on Twitter. Those comments dismissed the mailer as “an ANONYMOUS flyer filled with LIES,” and said,

“If anything in that flyer was true, the cowardly author would have signed it. DON’T FALL FOR IT.” Also included were links to various videos on the BCC website addressing cityhood topics.

White, a native of New York state, has lived in Atlanta for over three years but says he has much older ties here through his husband, Bryan Eure. In New York, White became a prominent fundraiser for the likes of Presidents Obama and Trump and former U.S. Sen. Hillary Clinton. He parlayed that work into the position of president of the Intrepid Sea, Air & Space Museum, a famous institution based on a decommissioned aircraft carrier.

However, as has been widely reported, White left that position in 2010 after involvement in the public pension fund scandal, a criminal investigation headed by the New York Attorney General’s office. In a press release at the time, the AG’s office said White brokered deals without a securities license, secretly received fees from brokering investments, and bundled campaign contributions.

According to the press release, White and the AG’s office made an agreement where he would pay $1 million to the state and would comply with regulations banning the type of work he did and the collecting of campaign contributions related to public pension fund business. White also agreed to “cooperate with the Attorney General’s investigation.”

White did not acknowledge any wrongdoing.

The press release that at that time, the investigation had resulted in similar agreements with 15 firms and two individuals, as well as six guilty pleas.

White went on to become the lead fundraiser for the United Veterans War Council, a nonprofit that stages the Veterans Day Parade. A 2014 investigative article by the New York Observer questioned the organization’s budgeting, fundraising and spending. That included White garnering an unusually large 44% cut of the money he raised while the organization ended up reporting a financial loss, according to the article. However, there was no claim of White committing any crimes and no official investigation. In the article, White defending the value of his work, including his ties in the television world to Fox News founders Rupert Murdoch and Roger Ailes.

Last year, White made a controversial attack of his own in a mailer, where he incorrectly labeled cityhood opponents as “taxpayer-funded.”