The Buckhead Village: From Nightclub Mecca to Retail Haven 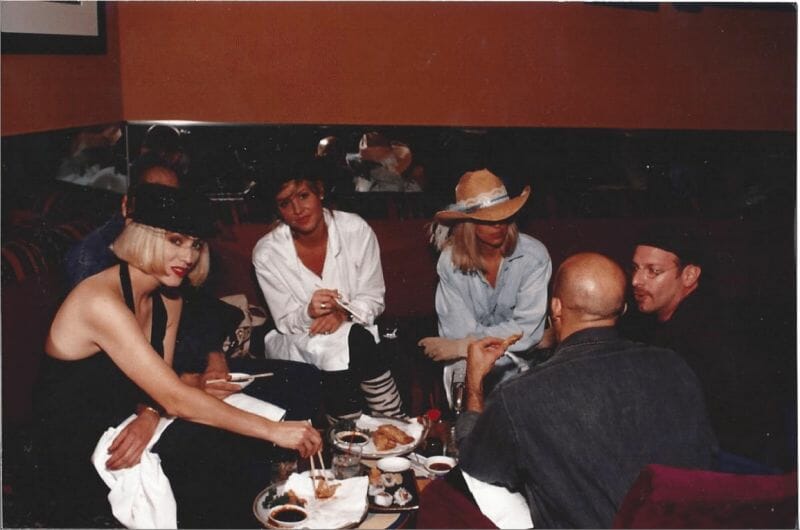 If you walk the perfectly manicured and landscaped brick walkways at shopping & dining destination Buckhead Atlanta, you’ll find yourself surrounded by opulence and pleasure. Face-to-face with international brands that represent the finer things in life, such as Christian Louboutin, Hermes, Jimmy Choo and more. So shiny and compelling are the tenants of the six city blocks along Peachtree Road, that Buckhead newcomers would never know it was the site of something quite different just a few decades ago. In fact, it was an entirely different type of hedonism that propelled the area in the Buckhead Village: From Nightclub Mecca to Retail Haven.

Here’s an eighties spoof music video that shows a glimpse into the Buckhead vibe at the time.

Known as ‘The Buckhead Strip” and easily rivaling the spirit and revelry of New Orleans’ Bourbon Street, the bar and club scene in the Buckhead Village was so electric and alive that it almost had a pulse all its own. The corner of Bolling Way and East Paces Ferry Road was the heart of this frenetic party scene, with bars and clubs lining both sides of streets like Pharr Road, Peachtree Street and Buckhead Avenue. Club names like Mako’s Cantina, The Living Room, Uranus, Café Tu Tu Tango, Paradox and Chili Pepper will likely bring waves of nostalgia to some (and perhaps regret to others).

Clubs came and went rather quickly during the scene’s heyday–each possessing it’s own personality, from the fishbowls of green liquor and Koolaid at Lulu’s Baitshack to the famed swinging girls at Mako’s–but there were certain consistencies for years: Well-dressed singles in their twenties, enjoying some new found financial ease that a first corporate job provides; preppy college students doing what college students do best, and an overall sense of having ‘arrived’ just by being a part of the scene.

“Everyone was beautiful,” remembers Amber. “You put a lot of effort into getting ready to go to Buckhead for the night.” But the effort paid off in terms of free club admission and easier access into VIP areas. “It was a posher, better-dressed version of Bourbon Street,” recalls longtime Atlanta resident Chad Shearer, who lived and worked in Buckhead at the time.

And as much as the clubs where what drove the scene itself, much of the energy and activity played out on the streets. If you arrived ‘early’, say around 9:30pm, shot girls and bouncers were out on the streets handing out flyers, free drink coupons and free bar admission tickets (ala Las Vegas) to drive traffic into their respective establishments, and all night long, the streets remained the best place to mingle and flirt. “The music was so loud in the clubs that it could easily still be heard on the streets,” Amber shares. And with people walking from club to club or waiting in line to gain entrance to the most popular spots, the streets were easily an entity in and of themselves.

But along with the glitz and glamour came the other side of nightlife. Underage partiers used an ID novelty booth at a local flea market to manufacture inexpensive fake IDs for access into the clubs. A drug scene, that while maybe typical of that era, was so active that many recall that any bouncer at any club had Ecstasy either already in their pocket, or it was only one phone call away, and certain clubs actually had hidden rooms for people who ‘needed privacy’. All this came to a head at some of the area’s 24 hour clubs where drug use was, if not more pervasive, at least done out in the open.

And, as popular as the buzzy scene was, it was problematic from the start. Tongue & Groove co-owner Michael Krohngold recalls, “It was a crumbling infrastructure from the beginning. It grew organically into something huge, but there wasn’t enough parking; there wasn’t anywhere for dumpsters; there weren’t access hallways.” Shearer, who worked as a server at John Harvard’s Brewhouse and lived down the street at the time, shares: “The problem wasn’t the locals. It was the kids from other areas who drove in and, in those days before Yelp and the cab situation in Atlanta being what it is, then drove home drunk.”

The gridlock, often deafening noise and general tone of the club culture were long a bane to the wealthy, old-money Buckhead residents whose stately mansions stood (and still stand) only a few blocks away from the scene, and things hit a boiling point in 2000, when Super Bowl XXXIV was held at the GA Dome, sending droves of sports partiers to the city. A fight broke out between Baltimore Ravens linebacker Ray Lewis and his friends against a group of locals in Cobalt nightclub, and in the end, two Atlanta men were stabbed to death. Lewis was charged with the murders (the charges were later dismissed due to a plea bargain), and the city was suddenly on high alert. Earlier closing times and last calls were instated (after drawn out debates between business owners and city officials), and the city became stingy when handing out operating licenses. It was the beginning of the end. The Buckhead community started working together behind the scenes to drive it out.

As the scene dwindled and changed, a few stalwart clubs stayed open, Tongue & Groove included. “When we first opened, we were catering to an older, more sophisticated crowd, but as the crowd got younger, we lowered our cover charge, and adapted,” shares Krohngold. “We didn’t lower or standards though, which is part of the reason we were able to ride [the troubles] out.” But staying open meant other changes, too: “We were part of an association of club owners that were hiring off-duty police officers to keep our employees and guests safe,” he says. “We were definitely feeling it. People would hear a gunshot and then rush the club to get inside, and we’d have to pull our doormen in to safety from the rushing crowd.”

Ultimately, it wasn’t crime or shorter business hours that had the final word (though they played a serious role in the changes at hand), but a real estate mogul with a vision. Ben Carter of Ben Carter Properties gained the capital to begin buying out long-term leases in the area (at well above market value) to create a much-buzzed about luxury retail site, The Streets of Buckhead. Carter proclaimed it the “Beverly Hills of the East.” Even Tongue and Groove ultimately sold to Ben Carter in 2007, leaving its home of 13 years to find a new space across town.

Of course the drama didn’t cease there: All the hype in the world couldn’t sustain Ben Carter’s enterprise, and after the market crashed in 2008, all that was left of both the club scene and Carter’s vision was a giant hole in the ground decorated with rebar, rubble and stagnant cranes. But in 2011, developer Oliver Mcmillan acquired the property, and seven years after ground was first broken, the billion-dollar Buckhead Atlanta, in all its splendor, opened.

So next time you enjoy a cappuccino at Corso Coffee or luxurious retail therapy at a fashion house, you can remember that in the not so distant past, on the site you now stand, entertainment had an entirely different demeanor. As always, the spirit of Buckhead heads forward.