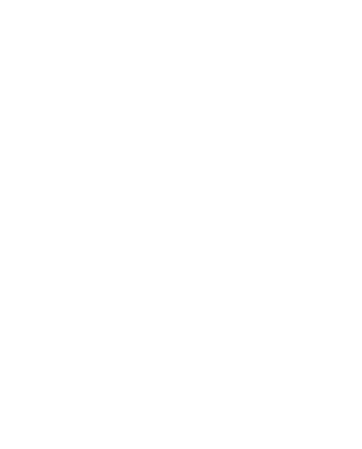 Max Cleland, the former Veterans Administration chief and U.S. senator who died Nov. 9 at age 79, is being remembered for overcoming horrific Vietnam War injuries in his devotion to public service. Some of his old friends from Buckhead, the neighborhood he called home for decades, are recalling the lesser-known sense of humor and sadness he shared with a local comedy icon.

Jerry Farber, a comedian and longtime owner of legendary local comedy clubs, was a longtime friend of Cleland. In fact, the ex-senator was once a student in Farber’s class in stand-up comedy.

“We called him the best sit-down comedian ever,” said Farber of Cleland, who used a wheelchair. “He had — not jokes, better than jokes — a wonderful sense of humor, along with the sadness that came with his Vietnam experience.”

Former Atlanta Mayor Sam Massell was another friend. Until a recent move to another Buckhead apartment, Cleland lived in an apartment building just down Peachtree Road from Massell’s place in Peachtree Heights West.

“He was fun. He always had a joke or a laugh or a smile,” recalled Massell. “It was easy for him to be friendly with all comers.”

While serving in Vietnam as a U.S. Army captain in 1968, Cleland lost his legs and right arm after picking up a grenade he didn’t know was live. Returning to Georgia, he became a Democratic state senator in 1971. He went on to lead the Veterans Administration under President Jimmy Carter and to serve nearly 15 years as Georgia’s secretary of state.

In 1997, Cleland won the U.S. Senate seat. He lost it in 2002 to Republican Saxby Chambliss after a campaign that accused him of being soft on terrorism, an infamous strategy whose critics included Republican Senate colleague and fellow Vietnam vet John McCain. Under President Barack Obama, Cleland led the American Battle Monuments Commission, a federal agency that oversees war memorials and military cemeteries.

While Cleland’s political connections are well-known, far less so is his friendship with an icon of Atlanta comedy. For decades before semi-retiring to Columbus, Georgia, a few years ago, Farber ran comedy clubs. Among them were the legendary Jerry Farber’s Place on Pharr Road in the 1980s, where such stars as Jeff Foxworthy got a start, and later the Side Door club at the Landmark Diner, which is now the Punchline.

“I have a great memory of Max,” said Farber in a phone interview this week. In the 1990s, Cleland invited him to a stellar concert bill at Chastain Park: living legend Frank Sinatra, with classic insult comedian Don Rickles as the opening act.

A chauffeured vehicle showed up, and besides Cleland himself, “sitting inside was Archie Bunker.” That was Carroll O’Connor, the star of the landmark 1970s sitcom “All in the Family,” who at the time was shooting another hit series, “In the Heat of the Night,” in Georgia. As Farber shook off the star-powered surprise, they headed to the venue.

“So we all went to Chastain and sat in the first row,” Farber recalled. “Rickles came out and said, ‘Folks, I want you to recognize a genuine hero. Max, stand up.’ … Max was hysterical. He had a wonderful, big laugh [at Rickles’ ribbing].”

Cleland and Farber connected on a more serious issue: homelessness. Farber long served on the board of Downtown’s Peachtree-Pine shelter, which shuttered in 2017 after battles with the City and neighbors over its conditions. Cleland was friendly with the operators and offered advice, Farber said.

(Homelessness remains an important issue to Farber. He spoke for this story by phone from tiny Metter, Georgia, a stop on a 300-plus-mile “Walk on Hope” from Columbus to Savannah that he — at age 83 — is undertaking to raise money for and awareness of assistance for homeless people.)

Farber says it has been eight or nine years since he hung out with Cleland, and it’s not just because of the move to Columbus. Cleland’s hospitalization for clinical depression and post-traumatic stress disorder disrupted the friendship. Cleland publicly attributed the resurgence of symptoms to the ugly Senate campaign and policy-making on the Iraq War.

“It was disgusting… I know that hurt Max maybe the most,” Farber says of the Republicans’ campaign attacks. Of politics, he says, “Next to war, it’s probably the next dirtiest business.”

But depression was also another place that Cleland and Farber connected in the first place. Farber said that Cleland “had his own sadness issue, like a lot of comedians have.”

“He was a genuine, lovely human, and given what he went through, worked like weightlifter at maintaining a gentle composure — worked at it, because it would have been easy to fall through the cracks of [thinking], ‘Look what happened to me.'”