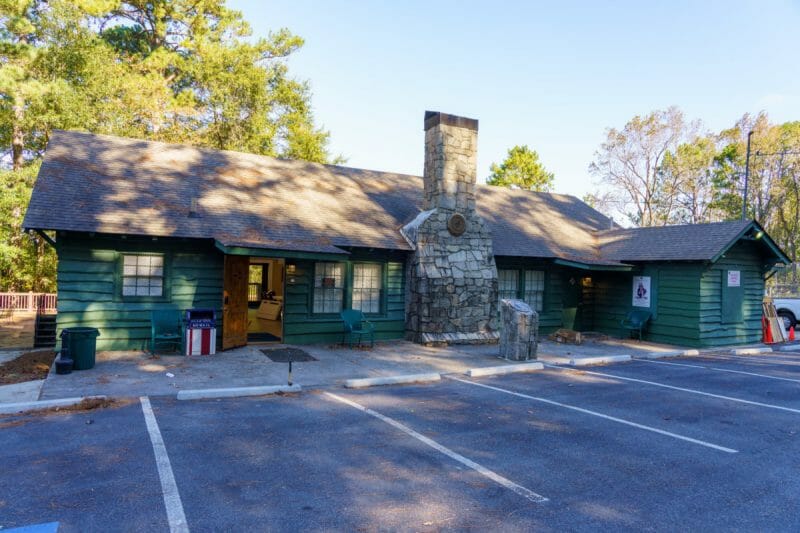 Buckhead’s American Legion Post 140 is raising funds to complete a renovation of its historic building at Chastain Park and continuing serving veterans and the community for decades to come.

The post’s rustic, house-like headquarters — or “hut” in Legion parlance — at 3905 Powers Ferry Road dates to the 1930s. After discarding an initial plan to demolish and replace the aging structure, the post in 2019 began a major renovation, starting with a $100,000 remake of the interior. Now that interior phase is wrapping up with a $50,000 kitchen renovation.

“This kitchen remodel is the next (maybe last step for right now) in the plans to upgrade the post for both our veterans and for the community to use, and to make it a current, up-to-date facility for rentals going forward,” said John Paulson, the post’s service officer, in a text message. “The plans were always to modernize the facility while still retaining the character of that building and site.”

The hut has a lot of character inside and out, with its green-painted wooden planks, stone fireplace, and plenty of military memorabilia. A classic sign hanging above the bar and kitchen’s serving window reads, “Marines in uniform have priority.”

What goes on inside the hut is pretty important, too. It’s a gathering place for veterans from Buckhead, Brookhaven and Sandy Springs, an ever-growing group in the wake of the Global War on Terror. The post conducts fundraisers, runs a Boy Scout camp and operates a T-ball field next door, among other activities. The hut is also available to the community for event rentals.

The kitchen renovation is scheduled for completion in early to mid-November — around Veterans Day. While the post has budgeted for most of the cost, it’s a big investment for a small nonprofit. Tax-deductible donations are being accepted to help offset the cost with an online fundraiser.

The project was designed by HMJ Designs and is being carried out by contractor Ron Montford.

The hut was not built by the Legion and its origin remains unknown. The best guest from the post and historians is that it was a bunkhouse for New Deal project workers in the 1930s, who constructed various walls and features in today’s park. Post 140 was chartered in 1936 and its original headquarters is unclear, but is believed not to be the Powers Ferry Road hut. However, the post has been there since at least 1954.

Other history is commemorated in the names of the post and the hut. The post is named for Lt. Waldo Slaton, a U.S. Army engineer who died in a previous pandemic — the influenza of 1917-1918 — while serving in World War I. The hut is dedicated to Army Staff Sgt. Ryan P. Means of Brookhaven. After a friend was killed in the Sept. 11 attacks, Means enlisted and became a Special Forces soldier. He was in the service when he died of cancer in 2009.