Buckhead by the Numbers: A look at the latest U.S. Census data

Home / Buckhead Stories / Buckhead by the Numbers: A look at the latest U.S. Census data 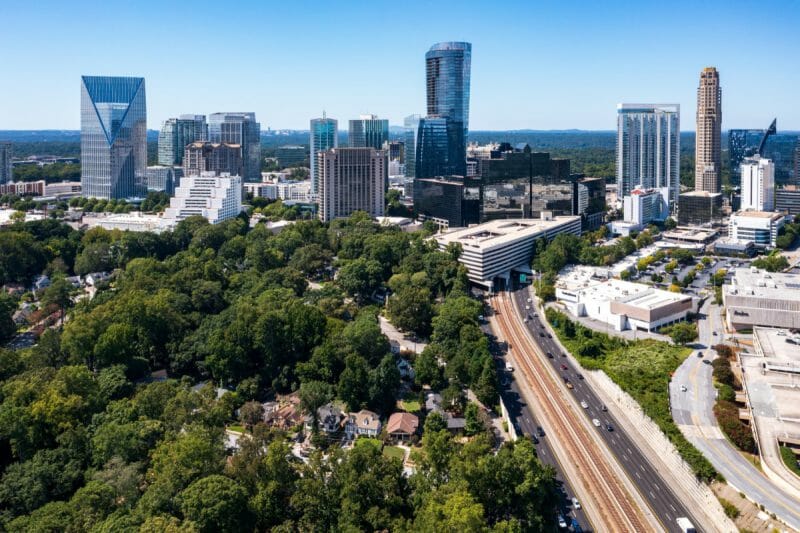 Buckhead remains wealthier and is booming bigger than the rest of Atlanta, according to 2020 U.S. Census data.

The Atlanta Regional Commission (ARC), a metro area planning agency, provided Buckhead.com with an analysis of the latest Census results for Buckhead and the rest of Atlanta. All Census findings are estimates of the ever-changing population and their lives, but they give a snapshot of where life stands and where it’s heading.

The federal government conducts the Census every 10 years, asking Americans various questions about themselves. The results are supplemented by regular surveys. Due to the COVID-19 pandemic, the results of the 2020 Census took a while to come in. The following are the ARC’s estimates for 2021 statistics.

Buckhead’s estimated population is 108,388 — about one-fifth of the entire city. That’s nearly 25,000 more residents added in the past 10 years. Buckhead’s compound rate of population growth, 2.34%, is well above the rest of Atlanta, which is at 1.38%. And the ARC expects that boom to continue, with Buckhead adding a net of roughly 10,000 more residents over the next four years.

The daytime population — the combination of residents who stay and workers who arrive — is even higher in a heavily commuter-oriented neighborhood. Buckhead’s daytime population is estimated at 164,746, contributing to the overall Atlanta total of 722,656.

Buckhead’s population skews a bit older than the city as a whole. The median age is 37.9, while the rest of Atlanta’s is 34. By generation, the biggest single demographic bracket is millennials at 34.1% of the population. That’s followed by Generation X at 19.8% and Baby Boomers at 18.1%.

Buckhead remains king of home values and prices. The neighborhood’s median home value of $669,668 far outpaces the overall Atlanta figure of $385,218. Buckhead dominates the supply of homes valued at $2 million or higher at 6.4% of the stock, compared to 0.8% in the rest of Atlanta.

Buckhead’s estimated 62,445 housing units represents about 23% of the city’s stock. An estimated 11.53% of those units are vacant, lower than the citywide percentage of 15.17%.