ADUs legislation disliked in Buckhead is dead, but will it come back to life?

Home / Buckhead Stories / ADUs legislation disliked in Buckhead is dead, but will it come back to life? 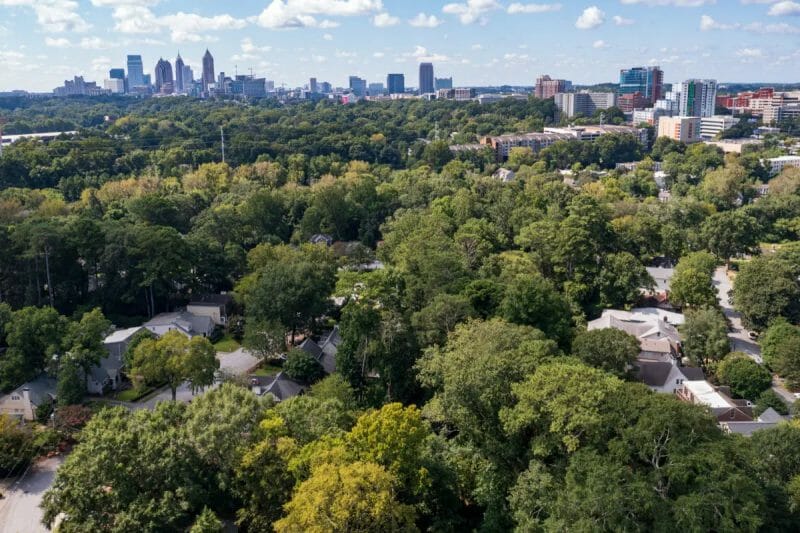 Legislation that would have allowed more accessory dwelling units and eliminate many residential parking requirements died in an Atlanta City Council committee Nov. 29 after controversy in Buckhead and other neighborhoods around town. Councilmembers on both sides of the debate say the ideas may return next year, depending on if and how the new Dickens administration continues to pursue the underlying goals of boosting housing affordability.

“The same housing shortfall that exists in 2021 will exist in 2022 and beyond,” said District 2 City Councilmember Amir Farokhi, who sponsored the legislation and chairs the Zoning Committee that killed it. “The proposals that were put forth, which are not radical, remain on the table and will likely be floated again.”

City Councilmember Howard Shook of North Buckhead’s District 7, who moved to kill the legislation, described the possible return in terms of a horror movie — call it An ADU on Elm Street. “I hope it’s gone for good, but we’ll see,” said Shook. “It could be a Freddy Krueger situation.”

Farokhi’s legislation was intended as a relatively small head start on a variety of ideas that came from the City’s “Atlanta City Design Housing” policy concept and are incorporated in a new Comprehensive Development Plan, a five-year policy document that underlies zoning decisions. Much of the controversy related to how the policies would allow more density in single-family neighborhoods. This year’s CDP update in general was controversial for packing in a lot of detail, leaving the City to promise more public input and detail in a “Phase 2” that essentially will be the 2026 version.

The gist of all the proposed changes — also including such ideas as allowing small apartments near transit stations — is to handle a projected population boom, to deal with a housing affordability crisis, and to address historic income equality and segregation.

On the day of the vote, Farokhi blasted his own committee, saying it “chose exclusion over inclusion.” In an email, he said the issues targeted by the legislation and related policies are not going away.

“As Atlantans, we must acknowledge that we need more housing and we need to make changes to allow for that,” said Farokhi. “That doesn’t mean what we love about our city or our street changes. It means we choose inclusivity and economic competitiveness over exclusion and pricing folks out of the region. That’s not incompatible with history, trees, or character. But it does require acknowledgement that cities are not static and we are either growing or dying.”

Farokhi said there are many benefits to people living near where they work and shop.

“But to do that, we need more housing and more types of housing at all price points. We need high-rises, townhomes, basement apartments, ADUs and duplexes,” he said. “And that’s true for nearly every part of town, Buckhead included. So, we need to work together on how we welcome more neighbors to the city. To turn folks away or make it too expensive to live here means we lose out to other cities.”

Shook said Farokhi’s legislation was well-vetted over many months by the public and councilmembers and met an “overwhelming” vote to kill it. He attributed that to input from “very knowledgeable” citizens serving on boards and commissions said, “There’s no way you can add units to a heavily forested area without loss of tress. This looks like a boondoggle that will benefit developers.”

Shook also referred to the CDP’s identification of many vacant or underused parcels, some City-owned, that could be redeveloped. “And what was most important to me was the reality, if this a lack-of-density issue, which some people framed it as, there’s hundreds of millions of square feet of latent, unrealized density already in the CPD,” Shook said. “You don’t need to take it out of the single-family neighborhoods.”

City Planning Commissioner Tim Keane is driving the policies. He also has developed an acrimonious relationship with Buckhead’s neighborhood leaders in particular, who helped promulgate a letter accusing his department of deception about the CDP, among many other issues. Keane in return made scathing comments about Buckhead in a September interview with Atlanta Civic Circle, accusing critics of operating on bad faith and with the cityhood secession movement in mind. “There’s no way to get them off of that because their only interest is in creating fear and confusion. … No amount of truth matters,” he said in those remarks, which won’t be soon forgotten.

Mayor-elect Andre Dickens made housing affordability a pillar of his campaign, but it remains to be seen how his policies play out and whether he will retain Keane in his cabinet.

“I think the planning department, as currently constituted, is totally devoted to moving these policies forward one way or the other,” said Shook. But as for what its administration looks like two months from now, “nobody knows,” he said.

Another X factor is the cityhood movement, which could draw political attention away from such policy-making or spark changes in its content, especially given that Dickens has said he intends to do more listening to Buckhead concerns than incumbent Mayor Keisha Lance Bottoms’ administration has.