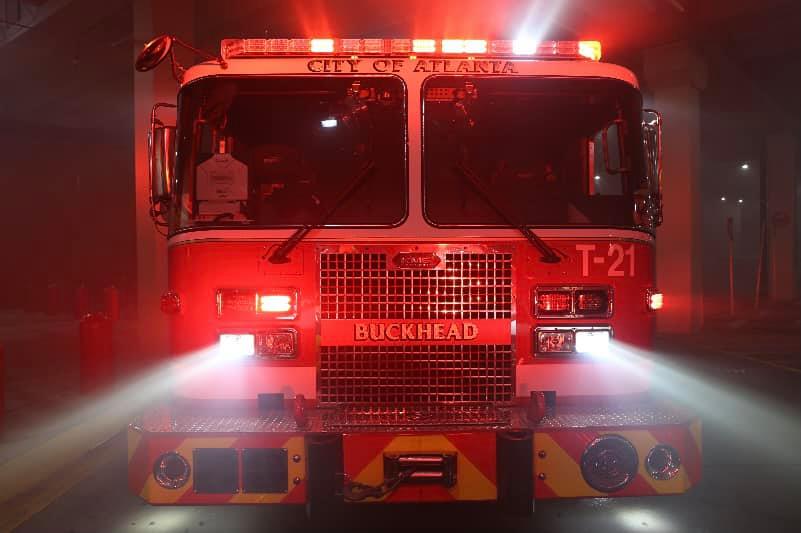 Three Buckhead-area fire stations are among those that will benefit from a $150,000 anonymous donation that is the largest of its kind ever received by the Atlanta Fire Rescue Foundation (AFRF).

The AFRF on Dec. 29 announced the donation to its Fire Station Fund, which supplements City funding to the 36 Atlanta Fire Rescue Department (AFRD) stations. The City pays for the station buildings as well as salaries and gear for firefighters and emergency medical technicians. But most everything else, including meals and internet service, are often paid for by the first responders themselves, and most of the buildings are aging and outdated.

The AFRF has long operated the Fire Station Fund — previously known as “Adopt A Station” — to pay for those other items for firefighters, who work 24-hour shifts that have them living at the stations. Buckhead residents have long been major supporters of the fund.

“Our programs like the Fire Station Fund allow community partners to reinvest in their neighborhoods in the name of public safety,” said AFRF Executive Director Shirley Anne Smith in a press release. “This donation to the fund is the largest ever – including the first time a Southwest Atlanta fire rescue station is benefiting – and for that, we are particularly appreciative and proud.”

Along with Station 30 in Southwest Atlanta, that donation is also aimed at three stations in AFRD’s “Buckhead Battalion,” including Stations 21 and 27 within the neighborhood and Station 29 just across the border in Midtown.

According to AFRF, the breakdown of spending of the donation by station is as follows:

Station 27 (Buckhead): electrical and plumbing work to install a washer and dryer: $30,000

Station 29 (Midtown): furnishing and amenities, $30,000; a washer and dryer capable of cleaning carcinogenic materials from firefighters’ clothing, $25,000; electrical and plumbing work to install a washer and dryer: $30,000

Station 30 (Southwest Atlanta): $15,000 to be distributed upon a needs assessment

The City separately has included fire station improvements on the list of potential projects in a bond and special local option sales tax program it aims to put on the May 2022 ballot as a referendum. That includes building a new Station 26 in Buckhead.

For more information about AFRF and the Fire Station Fund, see its website.

Correction: A previous version of this story gave an incorrect number for the Southwest Atlanta station.