Should Buckhead Become A City? 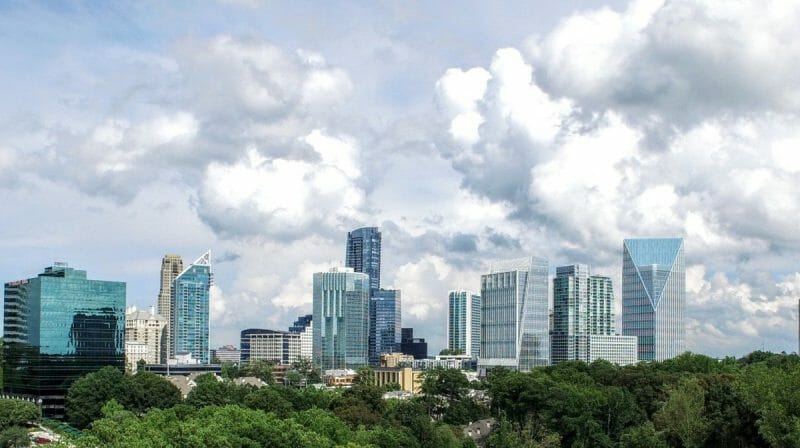 “Buckhead is a state of mind, and a place to aspire to,” author Susan Kessler Barnard said in her novel, “Buckhead: A Place for All Time.”

One thing Buckhead is not, is a city. Made up of more than 40 distinct neighborhoods, Buckhead has it’s own downtown, the largest shopping district in the Southeast and even an “Unofficial Mayor”. The average home price is close to $1 million, providing a massive tax base from a relatively small area. In fact, according to Buckhead Coalition President and former Atlanta Mayor Sam Massel, nearly 45% of Atlanta’s property tax revenue comes from Buckhead, where only 20% of the population lives.

Ten years ago, our immediate neighbor to the North, Sandy Springs, incorporated and has enjoyed tremendous success as a city. Their model of governance was hailed by the Wall Street Journal and they are now host to Mercedes Benz’s North American headquarters. More than half a dozen metro Atlanta cities have taken note and formed in recent years, examples are Milton, Johns Creek, Chattahoochee Hills, Brookhaven, Peachtree Corners, and Dunwoody. More are in the pipeline.

With a massive tax base, an undeniable brand, and some of the most driven individuals in the country right here in Buckhead, it seems that the question of independent cityhood is a reasonable one to ask. However, when I started reaching out to civic leaders for comment, I was met with mostly silence and some stern warnings “not a good idea to pursue this.”

The Mayor Who Does Not Want A New City

So, if Buckhead were to become a city, would more harm than good be done? Financially speaking, Buckhead may not need Atlanta–but Atlanta may need Buckhead. According to Massel, the repercussions that would be inflicted on Atlanta would far outweigh any benefit.

“There is sentiment for that [Buckhead becoming a city], I am opposed to it, and I have been able to stop it up until this point,” Massel told me in an interview last year. “I think it’s a mistake. It would bankrupt Atlanta and stop all growth; the economy would die.”

“Buckhead has 84,000 people, 29 million sq ft of office space, 1,500 retail units and 5,300 hotel rooms,  – I mean it’s like a city. It’s got a skyline, it’s definitely a factor that protects the rest of Atlanta. We have 20% of Atlanta’s population, 20% of the land area of Atlanta, we pay 45% of the taxes. Everyone in Buckhead wants to protect Buckhead because it protects the rest of the city,” Massell said.

Massel predicts that there would be about 45 percent lost revenue for Atlanta if Buckhead became its own city. Without the support of Buckhead citizens, low-income families would be left to deal with lacking infrastructure, transportation and security. By taking Buckhead away from Atlanta, Atlanta would be severely depleted financially, especially considering how much economic activity and wealth is clustered in Buckhead.

Massell continued; “It’s thinking small and not seeing the broad picture. It would bankrupt Atlanta, it would be the headline in the Wall Street Journal. A bankruptcy in Atlanta would stop all growth. It would be bad for all of us.”

Can Atlanta Stand On It’s Own?

Mayor Massel’s sentiments do seem correct. Atlanta is a world-class city that has served Buckhead well to this point. Buckhead has been booming for decades as part of Atlanta, why mess with something that is working?

However, it may be that Atlanta has outgrown it’s dependency on Buckhead as a revenue source. None of the top ten employers in Atlanta are headquartered in Buckhead. 31% of Atlanta’s revenue comes from hosting the world’s largest airport. Tax revenues increased 6.9% in 2015 and the population shift intown will continue to push property values and revenues higher for Atlanta in the foreseeable future.

Buckhead is a place that is always moving forward. It’s full of entreprenuers, artists, and builders who may not always be content with the status quo. As Buckhead moves forward into our 2nd century as a community, the question of cityhood is one that will likely need to be answered.

How Would You Vote?

Should Buckhead become a city?