Buckhead isn’t the same dining town it used to be 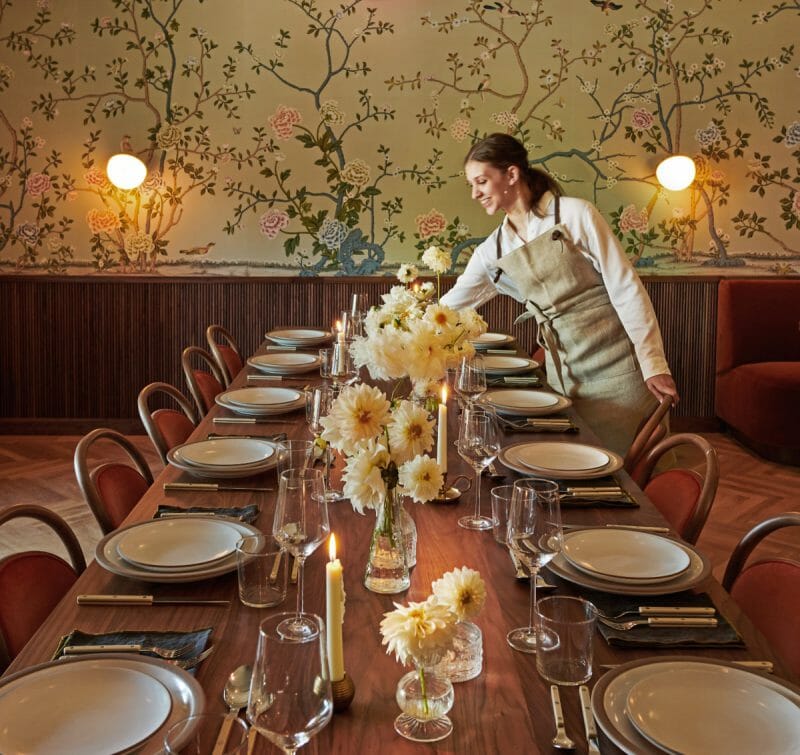 I have lived in Atlanta, specifically Buckhead, since my family moved here in 1978. The last time I moved back was after working and studying culinary arts in San Francisco in 2005. After spending time food-obsessed in the Bay Area, I returned with fresh eyes to a city evolving into the dining town I imagined it could be. While many diners and food writers lamented the lack of Michelin stars and James Beard awards, those who looked beyond the low-hanging fruit discovered an embarrassment of riches.

Atlanta, however, was very different back in the ‘80s and ‘90s. I grew up in an immigrant family that was always hunting for new bites across the world. For people craving new flavors, Buckhead’s dining cuisine was monotone back in the ‘80s. It was predominantly European or American with little Asian, and most Mexican spots were of the Texican variety. Raja was the first Indian restaurant I ever came to love because that was all there was in Buckhead. The same was true for Grand China, which was the only Chinese that delivered. Annie’s Thai Castle became a staple for my mom, who would load our fridge with their Raja chicken when she didn’t want to cook. And Hashiguchi Junior at the Around Lenox strip mall was a regular lunch spot for us when we were craving tempura udon or other Japanese dishes after shopping at Lenox.

Even though we had these staples and the gems of Buford Highway, Buckhead’s dining scene was whitewashed and boring, and that reputation has stuck around today. As someone who grew up here and is a restaurant critic and food writer, I rebuff its reputation among Atlanta food lovers as a culinary wasteland. It’s an old notion. I get it’s fun to deride Buckhead and its residents, but denying that gems like Le Bon Nosh, Lucian Books & Wine and Dirty Rascal exist is just cutting off your nose to spite your face.

Lucian is only one of the exciting restaurants transforming the Buckhead of today and demystifying that. An exciting trend is the proliferation of more chefs with a unique point of view and restaurants that are just plain useful. There are tons of healthy options now, whether you want classics like Souper Jenny at the Atlanta History Center or newcomers like True Food, Flower Child and Kale Yeah. Michael Patrick has created a mini-empire with excellent pastas at Storico Fresco Alimentari e Ristorante and its sister restaurant Pasta Vino. Pasta is plentiful at St. Cecilia. But who can deny the classic classics like La Grotta, Aria, Kyma, Pricci, Henri’s Bakery, the remaining two Houston’s, and Hal’s (yes, Hal’s instead of Bones)?

As someone whose parents took us all over the world in search of every type of cuisine, it is wonderful to have  so many exceptional dining options without trekking to my favorite dining neighborhoods like Doraville and Tucker. When I was growing up, having a ramen bar in Atlanta wasn’t conceivable, but I can now get world-class ramen at Jinya Ramen Bar on the border of Chastain Park and have more than one choice for Vietnamese without having to drive to Buford Highway with Pho Dac Viet (owned by the same owners as Dai Loi) and fancy import Le Colonial. Chai Yo is elegant Thai. If it’s Middle Eastern you seek, there’s amazing Turkish cuisine at Cafe Agora, useful Persian at Sufi’s, and one of my most anticipated restaurants, Delbar, a pan-Middle Eastern hot-spot from Inman Park with a South Beach vibe. Not to mention, Atlanta will be home to a Nobu soon in the Nobu Hotel, which will add to the sushi landscape populated by greats like Umi, Tomo and Taka. Even though I can get great tacos almost anywhere in Atlanta, I love brunch at Superica. And Buttermilk Kitchen nearby continues to be an institution if you can get a seat.