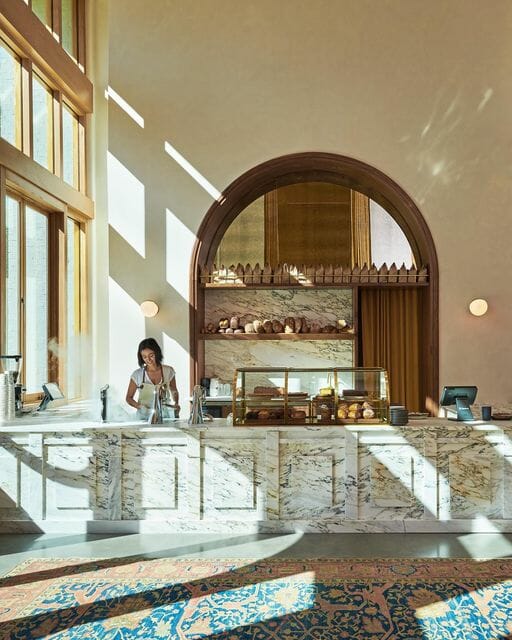 Le Bon Nosh made its long-awaited debut Nov. 17 at The Irby aparment tower.

The cafe and market at 65 Irby Ave. in the West Village serves breakfast, lunch, coffee, pastries and wine, under the direction of chef/owner Forough Vakili. Its opening was announced in 2019.

Founded in 1992 by chef Alon Balshan, the European-style shop is a staple of the Morningside area. In 2008, it opened a location in Dunwoody.

For more information about the new location at the 3500 Peachtree Road mall, see the shop’s website.

Another Savi Provisions on the way

The booming Savi Provisions gourmet market has announced yet another Buckhead location, this time in Peachtree Hills.

The shop at 365 Peachtree Hills Ave., at the Lindbergh Drive intersection, is expected to open in winter 2022.

The rapidly growing chain has over a dozen shops in metro Atlanta and is expanding to Tennessee as well. Other Buckhead locations open or planned include the AMLI apartments on Lakeside Drive, Northside Parkway, Pharr Road and Roswell Road. Savi is also planning to debut a new convenience store and gas station concept called UPop at 3861 Roswell Road in Buckhead.

Sweetgreen, a fast-casual salad chain, opened this month at Lenox Square as part of its entry into the Atlanta market.

For more about the new restaurant at the 3393 Peachtree Road mall, see the Lenox Square website.

The Bubbly Bar operates in the lobby bar of the hotel at 3377 Peachtree Road.

The new 5Church will replace the former Sage Woodfire Tavern in the ground floor of an office building at 3379 Peachtree Road. The restaurant aims to open in early 2022.