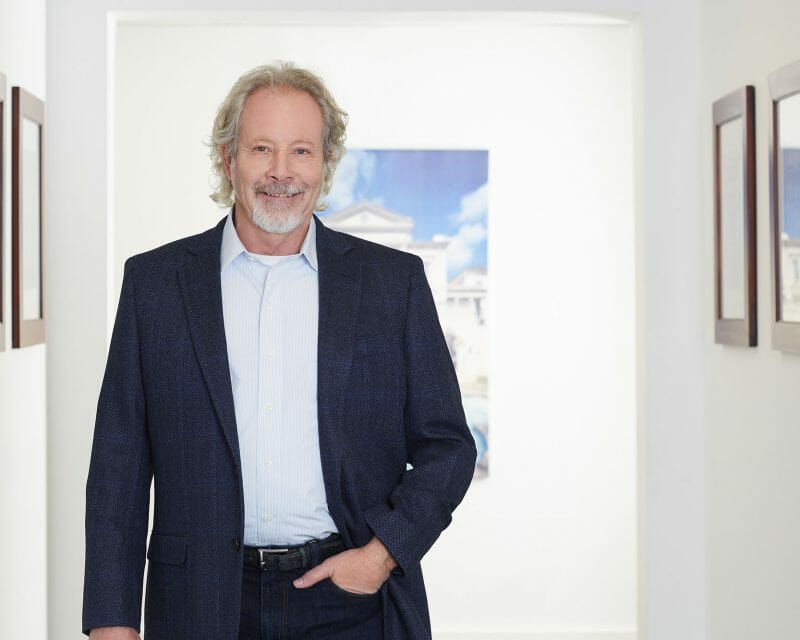 When I recently learned of Bill Harrison’s passing it was a sober reminder that we all have a limited time on earth, even someone as full of energy and determination as Bill. Although Bill had renown, offices, and staff all around the country, he made his biggest impact in Buckhead where he was a prolific designer, developer and builder of countless homes throughout our community since the 1970’s. He literally reshaped pockets of Buckhead.
I knew Bill on a professional level as we worked with mutual clients on a variety of projects. He took his work seriously and he never stopped.

In a 2017 speech accepting a leadership award from Atlanta Business Chronicle, Bill said “I view my life, our company, everything as an incline. The key to success for everybody is to keep pushing the rock up the hill every day and get better at what you do. Every day you get higher and your view gets broader. That’s what I would tell anyone to do; every day, push the damn rock!”. That’s exactly what he did every day.

The idea that families would be living in his homes in 100 years gave him great pride in what he did every day. Below is an excerpt of an obituary from Legacy.com.

William Henry “Bill” Harrison, aged 72, of Atlanta, Georgia, passed away peacefully on Saturday, May 8, 2021 while at home with his family. His legacy lives on in the communities he impacted with beautiful architectural design and through the spirited love he imparted to those around him.

Born October 4, 1948 in Macon, Georgia, Bill was a graduate of Lanier High School and earned his Bachelor of Architecture degree from the Georgia Institute of Technology. He founded the renowned architectural firm, Harrison Design, where he brought his love of nature into design elements that transformed homes and communities across Atlanta and around the world.

Always energetic and entrepreneurial, Bill lived a life of adventure and creativity. In his early ventures, he forayed in businesses ranging from architectural model-building to creating a leather clothing business, and he even enjoyed a stint in the music industry. The inspiration for the business he would carry throughout his life came during a trip to the villas of Andrea Palladio in Italy, which reignited the architectural flames in his heart. As Bill would say in later years, “I touched [the architecture]… and it touched me.”

In the late 1970s, Bill launched a construction company, which would evolve into the luxury architecture firm bearing his name, Harrison Design. The firm has grown to seven domestic offices and one international office, serving clients the world over.

Bill’s spare time was spent creating robust educational initiatives, and he coordinated on the development of regional award programs for excellence in design. He earned numerous preservation awards and was recognized for his efficient response in times of natural disaster.

Most especially, Bill loved to travel with his wife Andrea and their children, and he always drew inspiration from his jaunts.

He is survived by his wife, Andrea; his sons, Maverick and James and their mother Deborah, his stepdaughters, Julia and Ellie; his brother and sister-in-law, John and Carole Harrison; his sister, Jean Kujawa, his stepbrother, Doug and his wife Tina Andrews; and his beloved nieces and nephews, Kelly and Ryan Teague, John and Katie Harrison, Christine and Eric Jones, Jennifer and Nick Rhoads, Dr. Bryan Kujawa and his wife Allison, and Randy Clark. He was preceded in death by his parents, Hazel and William Harrison; his stepmother Ione Harrison; his sister, Dale Harrison Clark; and his stepbrother, Mike Andrews.

In lieu of flowers, expressions of sympathy may be made to the newly formed The Bill Harrison Foundation to support education of the arts.

Let us know your memories of Bill Harrison in the comments below.